Pet Planet International was founded in 2012 with the goal of delivering 100% pedigree from day one in other to render the very best of services to our esteemed customers and 5 years on we still have the same goal hence all our deliveries has been exceptional and we always get great referrals.

We at Pet Planet International have been creating a better environment for pets by bringing all they need to the finger tips of their owners.

Our visionary leader Jindu “Halfman Halfdog” Elueze has assembled a team of like minds with the mission to bring accurate information and premium services to dog lovers around the world, there by making owing a pet stress free and team Pet Planet International welcomes everyone with warm hearts and say to you everyone is a priority. Also be rest assured our services remains the best among the rest because we make it our top priority to outsource 100% pedigree pups while paying attention to clients needs and specifications.

Jindu “the dogman” Elueze developed a passion at four years old, started gathering at ten, was allowed to sell only a few dogs when he was sixteen, returned fully to the business after tertiary education in his twenties and now sits as Managing Director at Pet Planet Integrated Services with offices in Nigeria and South Africa and representatives in the USA. Sounds like he’s made already but he says that we have seen only a little as this is just a tip of the iceberg.

Jindu’s climb to the top has not been without hassles and being the biggest dog exporter in West Africa carries its unique challenges; he however describes the things he has had to pass through as the furnace that brought out the beauty of the precious stone; from being rejected to being misunderstood, nutritional worries to client’s concerns, everything is taken by him as a stepping stone to the destination.

Jindu fits the description of “father of pets” as said by one of his friends when he visited the animal farm; at the moment the dogman imports, trains, feeds and carries out general consultancy on domestic animals but on luxury and security breeds mainly.

On the principles that guide his business he says he lives on one -setting himself apart and that has worked for him from his days in the Environmental Science department of the University of Benin. This is very true as social media players acknowledge that Pet Planet has the most interactive and client friendly social accounts among animal organisations and medium-scale businesses in West Africa. His clientele which includes A-list artistes, big organisations and individuals that matter also sets him apart and speaks volumes of his professionalism.

It’s not been all rosy as Jindu recalls when he lost more than eight dogs that had been paid for and more others took ill for reasons unknown; as expected a number of clients had abridged emotions for him and his organisation and some expressed theirs quite uniquely. Challenges do not deter the strong however as he picked and dusted himself up, went back to the drawing board and reworked his way up to being the most trusted pet dealer in Nigeria.

For a lot of persons dogs are just about reproduction and sales of puppies but for Jindu who is also known as “half man, half dog” it’s about quality, professionalism and adding value to service; these are the things Pet Planet stands for.

Something else stands the dogman out among businessmen and that’s his listening ears; nobody ever talks with him and gets ignored, to him every idea is welcome and every opinion counts; this he says has helped him in his business of pets and their accessories.

A lot of persons do not like to deal with some business owners as entrepreneurs are seen to have only their interests at heart; but dealing with half man-half dog seems to be all profits as even his affiliate shipper is now being regarded as the biggest dog exporter in South Africa -talk about spreading the success virus!

Jindu Elueze braved all odds to be a major pet dealer in West Africa and at the moment sits as the most relevant and most reliable among all. He preaches the doctrine of pet ownership anywhere he goes and he’s a strong advocate of animal rights. He often tells people to own a pet as it helps in seeing life from d different perspective and as per his plans he has chosen to keep them close to his chest but urges the world to watchout for Pet Planet worldwide. They call Jindu Elueze “the dogman”, “man of pets” and different pet related names and he answers all with joy, the reason?…pets pay the bills! 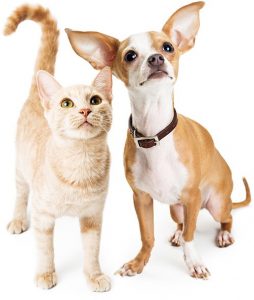 To bring information and premium service to dog lovers around the world, there by making owing a pet stress free.

To Create a better environment for the pets by bringing all they need to the finger tips of their owners.

Get Our Weekly Updates:

We use cookies on our website to give you the most relevant experience by remembering your preferences and repeat visits. By clicking “Accept”, you consent to the use of ALL the cookies.
Cookie settingsACCEPT
Manage consent

This website uses cookies to improve your experience while you navigate through the website. Out of these, the cookies that are categorized as necessary are stored on your browser as they are essential for the working of basic functionalities of the website. We also use third-party cookies that help us analyze and understand how you use this website. These cookies will be stored in your browser only with your consent. You also have the option to opt-out of these cookies. But opting out of some of these cookies may affect your browsing experience.
Necessary Always Enabled

Any cookies that may not be particularly necessary for the website to function and is used specifically to collect user personal data via analytics, ads, other embedded contents are termed as non-necessary cookies. It is mandatory to procure user consent prior to running these cookies on your website.